Please take a few minutes to complete the following survey. Thank you.

What started as a pilot internship last year with two Eastern Connecticut State University students has evolved into a statewide collaboration that may well serve as a national model for the emerging field of police social work. The Social Work and Law Enforcement (SWLE) Project, spearheaded by Eastern’s Social Work Program and the Willimantic Police Department, is currently training eight social work students from five universities to work with four police departments across Connecticut.

Until recently, the two professions were often considered diametrically opposed, with social workers and police officers on opposite sides of the justice system. However, public outcry for police reform following high-profile accounts of police brutality — typified by the killing of George Floyd in May 2020 — has brought the unlikely partnership back into consideration.

The interns are being trained to accompany officers on nonviolent calls pertaining to mental health, substance abuse, homelessness and other social issues. They also spend much time making follow-up calls and visits after crisis situations, checking on how people are coping and ensuring that they’re being connected to the necessary social services.

“What we’re trying to do is head off the crisis stage and get them the services they need before a crisis happens,” said Willimantic Police Chief Paul Hussey. This is work that most police departments aren’t staffed to fulfill, and work that Logan says will lower rates of entry and recidivism into the justice system.

“I’m interested in this field of social work because this is such a rare time when law enforcement is so open and ready to change for the better,” said Connor Pollick, a senior social work major at Eastern who is interning with the Willimantic Police Department. “The recognition from the law enforcement side to ask for help is such a monumental and critical piece of this process. I truly believe this is the time for change and I believe in all the work we are doing with this project.”

Pollick admitted to being hesitant to join the police as an aspiring social worker, but a month into his internship he is pleasantly surprised. “I was not expecting every officer/person to be so open to a social worker coming into their police department,” he said, “but they have been to me and they truly see the purpose/ability a social worker has in a police setting.”Previous 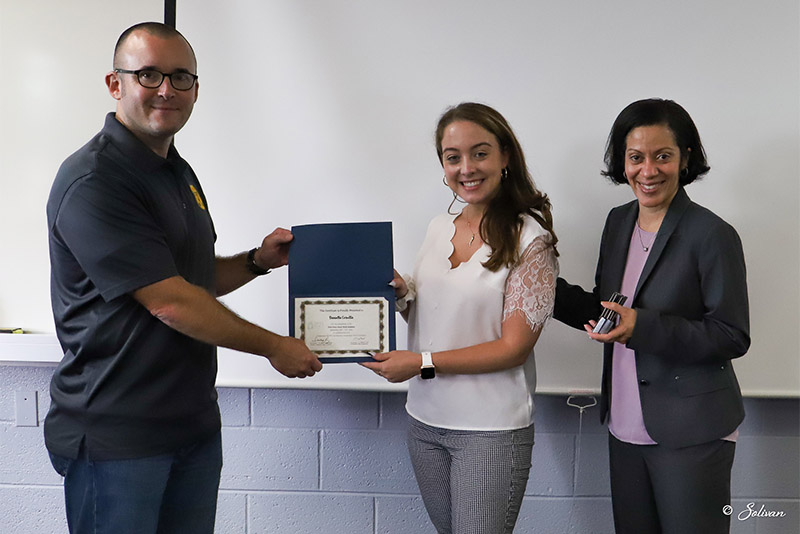 Solak and Logan present Daniella Cervetta ’20 with a certificate after completing the PSW Intern Academy. Photo by Bonnie Solivan 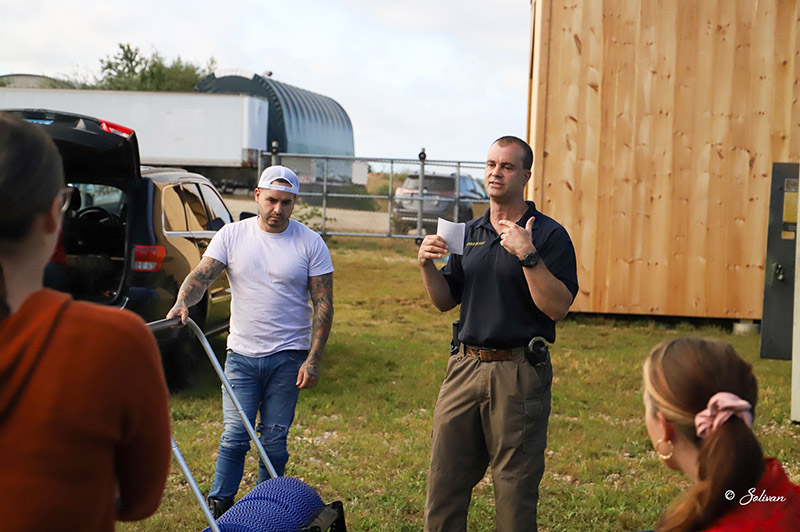 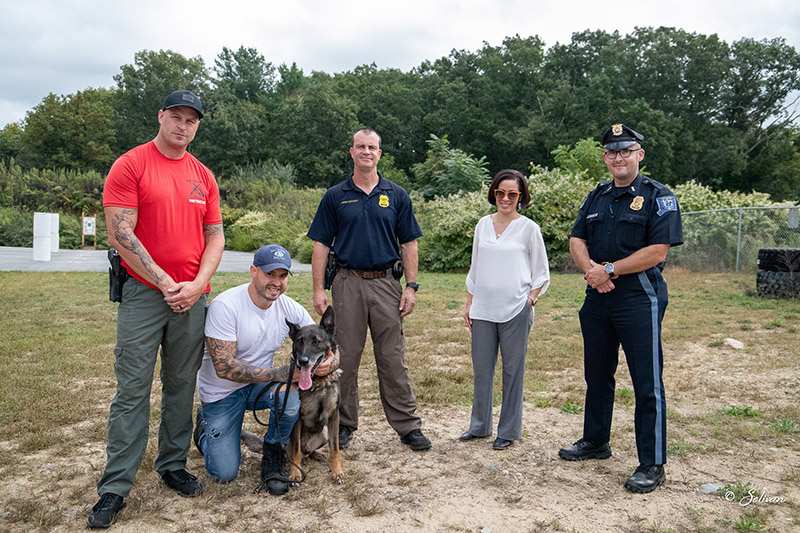 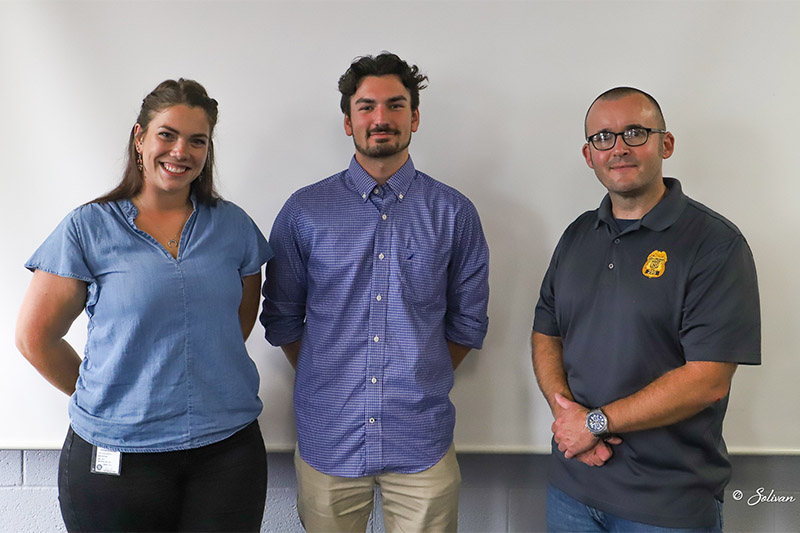 The SWLE Project kicked off this September with the first Police Social Work (PSW) Intern Academy. Organized by Logan and Lt. Matthew Solak of the Willimantic Police Department, the academy involved PSW interns, licensed clinical social workers, law enforcement officers and university professors who are working to formalize the practice of police social work in Connecticut.

“This initiative could be the next generation of community policing,” said Leah Ralls, president of NAACP, Windham Branch. “It’s a model that lends itself to the humanistic side of policing. In other words, the interaction with the community is not always punitive driven.”

Highlights from the four-day academy included training sessions in safety and de-escalation, as well as roleplay scenarios and presentations by social work and law enforcement experts.

In addition to Eastern, the SWLE Project is training students from Southern Connecticut State University, the University of Saint Joseph (USJ), Sacred Heart University and Fordham University, who in turn are interning with police departments in Willimantic, Norwich, Stamford and Milford.

“There is a growing movement in Connecticut and around the country of police departments utilizing social workers,” said Steve Wanczyk-Karp, executive director of the National Association of Social Workers (NASW), CT Chapter. “The (SWLE Project) is an important addition to this growing field by offering state of the art training on police social work.”

Emily Constantino ’21 was a part of the pilot internship in Willimantic last year. Now in the Master of Social Work (MSW) program at the University of Saint Joseph, she is extending her internship with the Willimantic Police Department.

She continued, “By being a social worker in a police department, I’m able to see how mental illness, substance use, homelessness, poverty and criminal justice not only affect people on an individual level, but how they impact communities as a whole.”

The interns have found — and officers agree — that many 911 calls do not concern criminal activity, but are people simply reaching out for help.

“Sometimes people in the community want to talk to someone who is not a police officer and that’s when we step in,” said Eastern graduate Francelis Gonzalez Perez ’20, a MSW student at Fordham University who is interning with the Norwich Police Department. “The reason I’m interested in police social work is because I get to provide my services to those in need in the community. I like that I can go on ride-alongs and provide crisis interventions.”